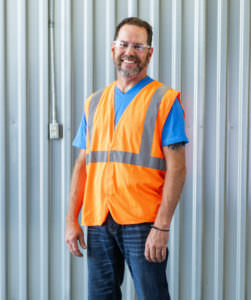 As discussed previously on our blog, the European Union and its EU-OSHA do not outline specific heat safety laws. However, several countries in the EU have their own rules and guidelines. Online outlet Refinery 29 offered a roundup article on workplace temperature limits around the world. Here, we list the article’s key findings as a recap for consideration when looking at where the world stands on heat safety and regulation for its workforce.

European Union – Germany, France & Spain
In Germany, a workplace is normally 26°C (78.8°F) maximum, but if the outside temperature is higher it may be allowed to be higher, although an upper limit isn’t clearly laid out. France doesn’t have a maximum temperature limit either, but employers must ensure their staff are safe and provide fresh drinking water.

There are strict guidelines in Spain, however. The temperature should be between 17 and 27°C where sedentary work is taking place, and between 14 and 25°C for light physical work. But the specifics of the work taking place and workplace location may be cited as reasons for not enforcing this, the House of Commons says.

China
There are clearer regulations in China. Since 2012, there have been regulations in place permitting reduced working hours during hot weather. If the temperature reaches 40°C (104ºF) or above, outdoor work must be suspended, and at temperatures between 37°C (99ºF) and 40°C (104ºF), employees must not work outside for more than six hours, or work outside during the hottest three hours in the day. However, many employees may not benefit from this, according to China Briefing.

Australia
Employers in Australia must ensure the safety of their workers in such conditions. Employers must monitor staff safety during extreme weather conditions and recognize the early symptoms of heat-related illnesses. However, there’s no clear upper temperature limit set in law.

United Arab Emirates
Workplaces in the UAE get unbearably hot, reaching highs of 50°C. In 2012, the government imposed a ban on outdoor work between 12:30pm and 3:00pm, the hottest hours of the day, during the summer. Employers must specify and display their employees’ working hours, and ensure they are safe by providing rest areas.

With this overview in mind, let’s delver further into the rules and mandates that are a bit more stringent in the EU such as in Germany. In Germany, it is generally accepted that while an employer has an obligation to provide working conditions with no negative health impacts, there are no concrete legal requirements. With that in mind, employers do not have to strictly adhere to the requirements set forth in a governing guideline/rule called ASR 3.5. However, in general, the rule states that an office with a temperature of 26°C (79°F) or higher is not suitable for employees and measures should be taken to reduce the temperature. Temperatures exceeding 30°C (86°F) require an urgent need for action, and when temperatures exceed 35°C (95°F), the location is no longer suitable for work. To avoid legal complications in the event of a heat-related incident, employers are recommended to comply with the regulation. If the requirements set forth by ASR 3.5 are followed, it is generally recognized that legally the employer is in compliance with the statutory occupational health and safety obligations.

Under ASR 3.5, employers are free to choose which measures they wish to implement in order to keep temperatures within a tolerable range. One easy, effective and economical way to mitigate the ravages of heat stress is to incorporate portable evaporative coolers, such as Portacool Jetstream evaporative coolers, into the worksite. Evaporative coolers require little to no setup, run on standard electrical outlets, are energy efficient, and provide actual cool air rather than simply moving stale, hot air around like an oscillating fan.