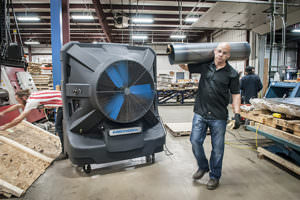 As employers delve into determining what rules must be followed when it comes to heat safety protection and mitigation for their workers, it can be helpful to look to the most stringent guidelines as a guide. Beyond the national standard and education provided by OSHA, the agency website also notes states that have set their own regulations. In fact:

“Many U.S. states run their own OSHA-approved State Plans. Some states have adopted standards that cover hazards not addressed by federal OSHA standards. The following states have standards for heat exposure:

California, who set an early precedent in 2005 for worker heat protection and provisions by employers, has a history of being a leader in setting safety regulations for workers. California’s specific regulation is known as “Title 8 Section 3395 – Heat Illness Prevention” and it came into effect nearly 15 years ago. We’ve written about this in the past.

This regulation lists out in detail the outdoor workers and industries impacted by heat and outlines key preventative measures. For instance, when it is over 80 degrees Fahrenheit an employer must provide shade and invoke cool-down rest periods. “High heat provisions” go into effect when temperatures reach 95 degrees or above. Employers must give employees a minimum ten-minute net preventative cool-down rest period every two hours at that high temperature.

The overall Title 8 Section 3395 regulation further gives directions regarding training, acclimatization, emergency response procedures, and most importantly, the need for a written Heat Illness Prevention Plan (HIPP) with detailed specifics. Five years ago, the state created a few amendments to the guidelines, further clarifying and expanding the preventative and actionable measures required by employers. The 2015 updated definitions can be found here.

As part of the Department of Industrial Relations in California, the site gives great guidelines and best practices on their e-tools section for ensuring employers have good information on how to put their procedures in practice. They also offer a step-by-step guide here.

These tools are important, as California takes enforcement seriously. According to California-based environmental consulting group NES Global, in 2016 alone, Cal/OSHA had a goal of conducting at least 7,300 inspections and the agency noted just over 20,000 violations of all different types that year. Relative to its heat safety enforcement, a federal OSHA audit of the agency also completed in 2016 noted:

Additionally, according to an ISHN magazine article, since Cal/OSHA’s heat standard inception in 2006, it has performed 50 times more inspections than OSHA in which there was one or more citations or violations concerning heat. 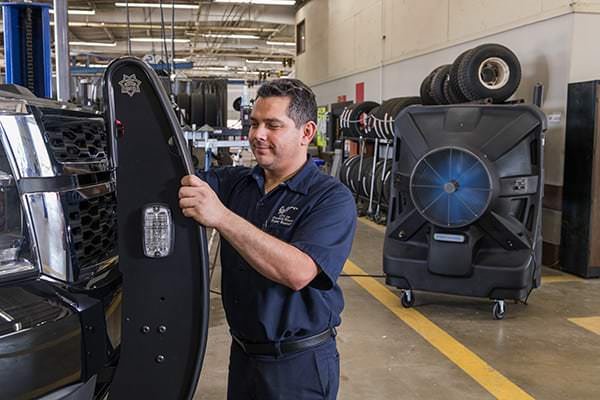 Having a track record to ensure worker safety relative to outdoor heat, the state turned its attention to high heat indoor workspaces to enact preventative measures. In fall 2016, California’s Governor Jerry Brown signed a bill directing Cal/OSHA to prevent heat illness for indoor workers. SB 1167, as it is currently called, was developed to address heat-related illnesses of indoor workers such as warehouse and factory employees. This specific indoor heat standard was expected to go into effect in 2019. However, after going into three draft rounds, the bill has sat idle since its last revision in April 2019. The standard specifically targets indoor conditions above 82 degrees Fahrenheit and gives details for combatting heat stress on workers. Aside from acclimatization and administrative controls, the standard notes the need for ‘engineering controls.’

Portacool evaporative coolers would be one example of an engineering control for economical and efficient spot cooling given the definition outlined in SB 1167:

“Engineering controls” means an aspect of the work area or a device that removes or reduces hazardous conditions or creates a barrier between the employee and the hazard. Examples of engineering controls that may be effective at minimizing the risk of heat illness in a particular work area include, but are not limited to, isolation of hot processes, isolation of employees from sources of heat, air conditioning, cooling fans, cooling mist fans, evaporative coolers (also called swamp coolers), natural ventilation where the outdoor temperature or heat index is lower than the indoor temperature or heat index, local exhaust ventilation, shielding from a radiant heat source, and insulation of hot surface.”

Regulations like SB 1167 could change the way employers think about and provide safety measures to their employees. Knowing that Cal/OSHA leads the nation in creating heat prevention regulations, it is important for employers to get ahead of the coming laws and implement preventative safety measures for their employees. SB 1167 will be closely watched in the coming months to see its effects on the nation.