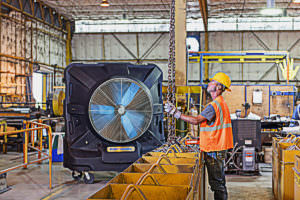 Last week, we focused on Cal/OSHA heat regulations but mentioned a few other U.S. states that also have government regulations in place.

Washington is one of those states. In 2008, the Washington State Department of Labor and Industries (L&I) filed a permanent workplace rule to protect employees from outdoor heat exposure. This rule was designed to raise awareness when the temperature rises, and it provides employers with important guidelines on how to plan for and prevent heat-related illness. The department noted the majority of employers in the state were already in compliance with an emergency rule put into place two years prior to the permanent rule. More information about the heat stress rule in the state of Washington is available at: https://lni.wa.gov/safety-health/safety-topics/search-by-topic?query=heatOutdoor

Moving east across the United States, Minnesota’s Department of Labor and Industry (DLI) began implementing administrative rules regarding indoor air temperatures in places of employment since 2014. These rules are covered at https://www.revisor.mn.gov/rules/5205.0110/. It outlines various definitions relative to assessing and controlling health hazards associated with indoor climate.

Overall, this rule states that workers shall not be exposed to heat in excess of 86°F and applies to fully acclimatized workers. It also notes that workers should receive training according to rule 5206.0700, subparts 1 and 3. 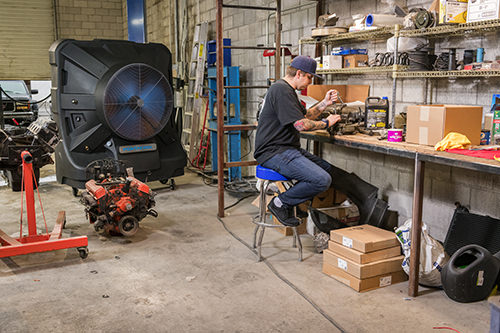 heat stress can be as much of a problem in this northern state as it would be in typically hot regions of the country because people do not have the opportunity to properly acclimatize to weather that may quickly swing upwards of 30 degrees on a summer day. After noting the minor to major medical issues that can be the result of heat stress, the website states: “Minnesota’s heat-stress standard is designed to protect employees against the risk of heat-induced illnesses and unsafe acts. The two most important methods of preventing heat disorders are hydration and acclimatization because they increase the ability of the body to tolerate heat stress. Engineering and administrative controls are important in reducing heat exposure.”

Engineering controls include the usage of cooling efforts that help reduce working area temperatures, such as portable evaporative coolers. Administrative controls are relative to management of the workload. For instance, outdoor shifts on particularly hot days should begin earlier to ensure workers have completed their tasks before the hottest part of the day.

In August 2012, the Occupational Safety and Health division of the state’s DLI put out a thorough 28-page Heat Stress guide. It can be found here. This guide walks through heat disorders, prevention, evaluation, controls, training and ends with very specific drill-down resources that support the information found in Minnesota Rules 5206.0110 as additional resources.

Outside of California, both of these states are showing leadership in the efforts to formalize heat safety rules that protect workers outside of the federal OSHA guidelines.